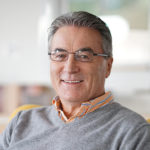 James was working in IT and he’d had enough, age 56 he wanted a change. Married with no dependants and in good health, James handed in his notice and requested his pension information.

The information revealed a pension of £20,000 was payable to him from the age of  60, this was revalued up to that age and increased in payment. The pension provided a spouse’s pension of 50% and a lump sum of £101,000, alternatively he could receive the pension at age 56 with a 20% discount.

Included in the details, a cash equivalent transfer value was offered, this being the amount James was entitled to have transferred to a personal pension in lieu of the pension. At this point he asked us what was the best thing to do.

Our initial conversation revealed that James had other assets in addition to this pension, he wanted to take on some contract work which could be lucrative but irregular. James also wanted to have the option to vary his income as there was an intention to take 6-12 months off travelling throughout Asia at some point within the next 2 years.

The analysis we performed was extensive, this included in depth comparisons of both options, rigorous cash flow modelling and considerable discussion to ensure we had together with James developed a robust, clear and flexible plan.

The result was that we were able to provide a superior level of income and 75% more tax free cash for James. In addition, as James now had the fund under his ownership, this meant that 100% of it could be passed to a person or persons of his choice rather than the £8,000 annual income the scheme would provide if benefits were taken at age 56. In this case, this would provide James’ wife with financial independence in the event of his death.

James ended up with a more suitable, more tax efficient plan, his wife was financially cared for in the event of his death and he had the flexibility to be able to embark on a new chapter of his life with confidence and enthusiasm. 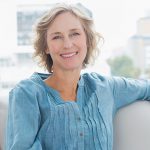 Helen aged 56,  wanted to make a fresh start and create a home for herself and her teenage daughter, but had no available funds. She did however, have several years’  benefits within an occupational pension final salary arrangement, as well as £50,000 in a personal pension.

She asked us if we could help. We contacted the Occupational Pension Scheme who confirmed that a cash equivalent transfer value was available in lieu of the pension benefits, this being the amount Helen could have paid into a personal pension arrangement if she forfeited the scheme pension.

The total amount offered from the Occupational Pension Scheme was £140,000 this combined with  the £50,000 in her existing  personal pension gave her a total fund value of £190,000. As Helen was over age 55 she was able to take a tax-free lump sum  of £47,500. This was enough money to provide a deposit and pay the associated fees for a home for Helen and her daughter. In addition, the residual amount in the pension of £142,500 could be drawn as income if required. As Helen was still working, she wisely retained this accumulated pension fund for future retirement as she had no immediate need for added income.

The result of this situation was that Helen could move into a new home with her daughter.  Helen had the peace of mind that her daughter was to some extent provided for financially as if she were to die, the whole of the pension fund would pass to her.

This is an example where technical expertise combined with creative planning made a life changing difference to two people. 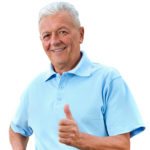 David was age 61 when he approached us. He was forced to stop work on health grounds at 53 – 12 years before his retirement age. He was diagnosed with spondylosis of the spine and was unable to perform his role as Regional Manager for a National Company. His employer was sympathetic to his condition and the firm agreed that the company’s Income Protection Plan would pay him £1,600 per month, after tax, until he was aged 65.

Unfortunately, the medication for David’s condition caused added problems due to unavoidable side effects. As his condition deteriorated, it had become evident that the home he shared with his wife was no longer suitable for them and they decided that a move to a bungalow would be a more workable option.

In this case, there was an immediate need for a lump sum of money to make the lifestyle adjustments, there was also the requirement for a flexible future income to work in conjunction with the fixed incomes provided from other pension and income replacement sources.

We looked at the pension benefits provided by the scheme. In David’s case, these did not meet his needs as they were not flexible, they provided limited death benefits and a fixed income which would be taxed and not required until age 65 at the earliest.

We carried out an analysis of the transfer value available from the fund. The CETV allowed for sufficient tax free cash to be released to make the house move a reality, whilst the balance of the funds remained invested but accessible to provide an income when income replacement ceased at age 65. In the meantime, David had the peace of mind that the fund would be passed to his family in the event of his death.

Following the transfer and subsequent life adjustments, it was evident that a cash surplus was available. David used this to fund an overdue trip to the USA, something the couple had wanted to do for many years but had not been able to afford, particularly since diagnosis of David’s condition as expensive and extensive specialist travel arrangements were required.

On return, David and his wife were able to adjust their lifestyle with the backing of a robust, flexible financial plan to optimise and safeguard their future.

Please be aware that the value of your investments can go down as well as up.

In the event of an unresolved complaint you have the right to refer to the Financial Ombudsman Service, more information can be found at www.financial-ombudsman.org.uk